A lady we have known for years and years saw us in the driveway of a house and flagged us down as we were leaving. She was so distraught it was hard for her to give directions to the house where she saw a dead dog. We went with what we could make out and found the house.

There lay a little white fluffy dog, dead on the end of a red rope, tied to the side door. A neighbor said the people moved out suddenly, a common occurrence, and left the dog inside. Then someone concerned got the dog outside of the house and tied her up to the side, no shade at all. Several people saw the dog and were worried, yet did nothing. Everyone always waits for someone else to do something and in this case there was no someone else.

It has to be you. If you see a dog tied in the sun and no one is home, you have no excuse for not putting some water in a bowl and pushing it up to the dog with a stick, should dog be aggressive. If nothing else.

The police can’t make a record of an address with a dead dog in the case of Inkster. A dead dog is a garbage matter. And so what? If that’s the way it is, so be it. No point wasting time arguing that. Just means you have to move fast if you see something. Plenty of people saw this dog and plenty of people did nothing. Just as bad as the people who moved and left her! 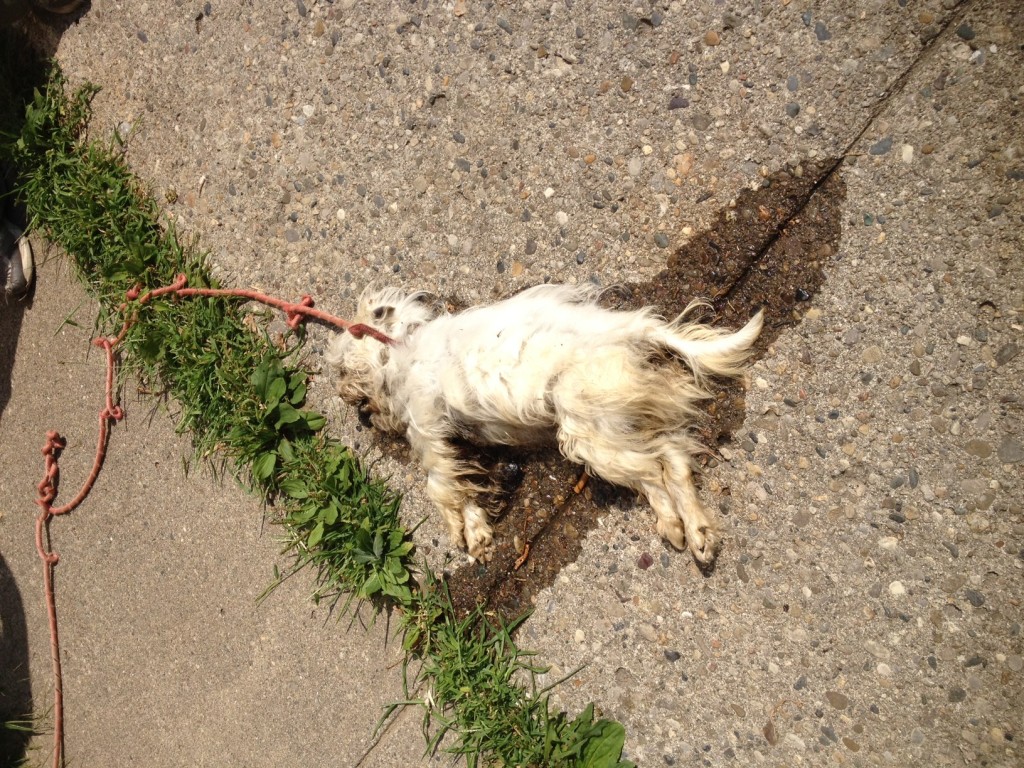