By DUSTIN BLITCHOK
Of The Oakland Press 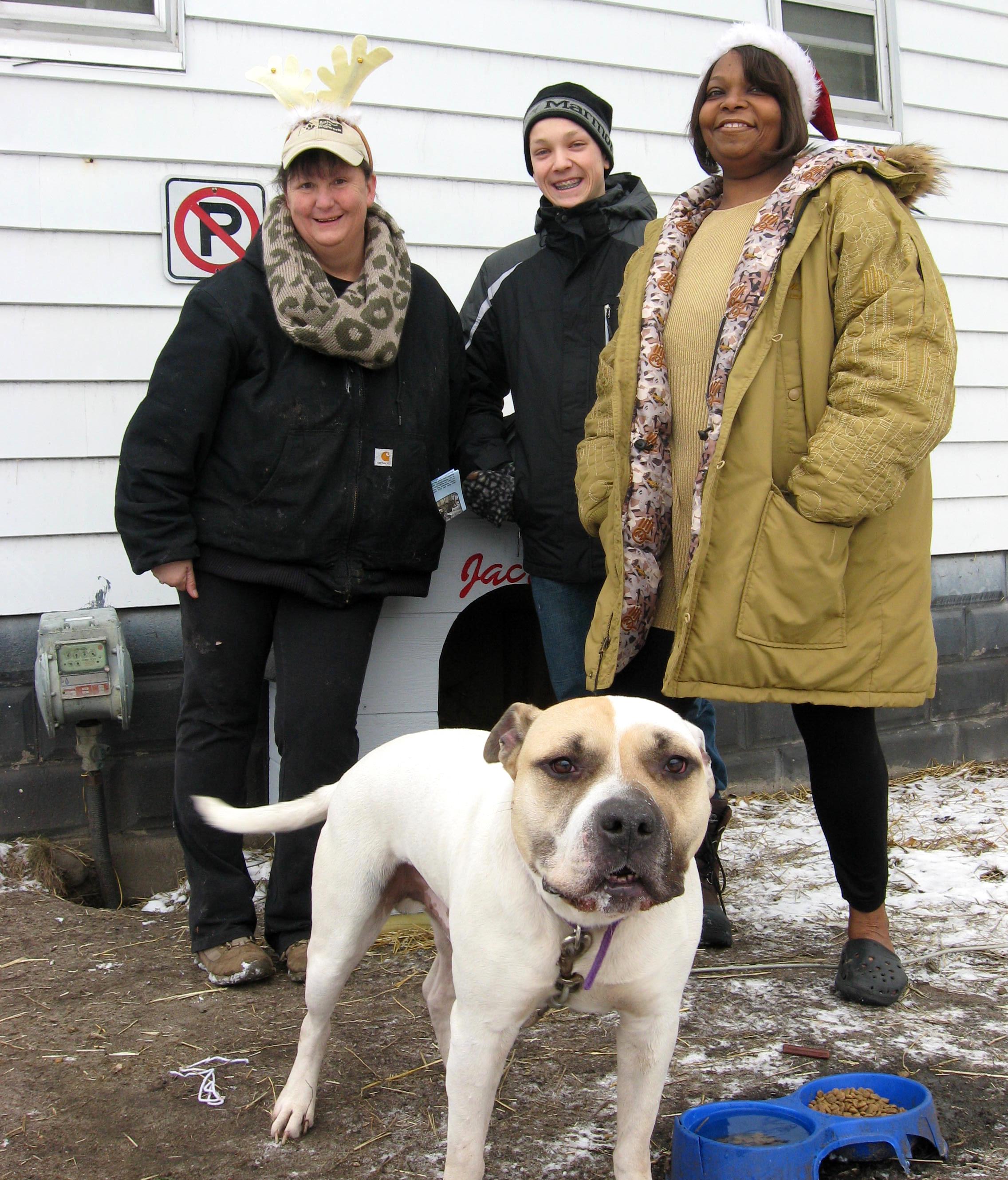 PONTIAC — When Jacq, a 5-year-old pit bull terrier, received a new, insulated doghouse with his name on it, he jumped around in excitement before going right inside.

“They’re awesome,” said Jacq’s owner, Debra Wilson, of the Animal Care Network volunteers who delivered the doghouse on Saturday. “I thank god for them.”

Inside Wilson’s home near Baldwin School Park, Christmas stockings hang over the fireplace for Jacq and Kodee, her 3 pound teacup chihuahua.

The Animal Care Network has helped out with food and vaccinations for Wilson’s dogs, she said.

“If I take too long to call them, they call me and ask if I need anything,” Wilson said.

Jacq’s new doghouse was built by Jacob Thoma, 15, as a project for Boy Scout Troop 326, based at St. Patrick’s Parish in White Lake Township.

The West Bloomfield teen said he built the doghouses as his Eagle Scout project after finding out that Animal Care Network needed them.

“We had a great, great day,” said Pam Porteous, who has volunteered with Animal Care Network since its inception in 1994. “It went very well.”

The volunteers delivered a total of five doghouses in Pontiac on Saturday.

Wilson said she doesn’t leave Jacq outside for long, other than to answer the call of nature. Porteous said that’s sadly not the case with many dog owners.

“It’s very upsetting. You don’t always see decent people like we saw today,” she said. “We (often) see a backyard that has maybe five dogs that are skin and bones.”

With temperatures now at or below the freezing point, pet owners need to provide proper shelter for animals, Porteous said.

“If the dogs are outside and they are thin, they can freeze to death,” she said. “We found 12 dogs last winter (in Pontiac) that froze to death.”

Porteous and other Animal Care Network volunteers drive city streets looking for animals without proper food or shelter, and receive tips from neighbors, utility workers and others who spot an animal in need of help, she said.

The nonprofit has rescued a total of 13,000 dogs and cats.

Animal Care Network helps pet owners out with doghouses, straw, food, and financial assistance for spaying and neutering, including transportation to and from the veterinarian’s office, Porteous said.

“One day last month, we came across something like 54 puppies at four different addresses, from people breeding pit bulls. That’s a discouraging day for us, because we still have the people that refuse to spay and neuter their dogs, and that’s frustrating for us.”

To receive assistance from Animal Care Network, animals must be spayed or neutered.

The doghouses delivered on Saturday arrived on a flatbed truck from the Auburn Hills-based business Corporate Auto.

Ken Tompor, the owner of the business, said he first learned of Animal Care Network about three years ago from a newspaper article.

He began helping out by donating to the nonprofit, and then by buying food and straw and maintaining Porteous’ van.

“One day, I just decided to buy her a new truck,” he said.

The goal, Tompor said, is to distribute 100 doghouses in Pontiac. The Oakland Township resident said he insulated the doghouses built by Thoma.

“If it makes one day of difference for them, then it’s worth it — one day of comfort, without rain or snow,” Tompor said.

FYI: The Animal Care Network can be contacted at 248-678-2756, and donations can be sent to P.O. Box 566, Roseville, Mich. 48066. For more information, visitwww.michigananimaladoptionnetwork.org