WRIF’s Marie Skladd spends her weekends on the streets of Detroit rescuing animals. Last fall, she headed south to help the four-legged victims of Hurricane Katrina. 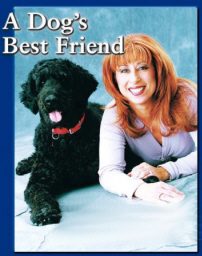 For over 16 years, Marie Skladd has made sure that man’s best friends have had a few friends of their own. Skladd, the business development manager for Greater Media’s WRIF in Detroit, scours the Motor City streets with her team of volunteers, the Animal Care Network (ACN), a branch of the Michigan Animal Adoption Network. And there is no shortage of streets or stray animals.

“So we spend a good chunk of our lives hitting the streets,” says Skladd, who serves as president of the ACN. Skladd says the work is a combination of finding the strays and helping the people who have already found them.

“You get to know the streets pretty well, and then people get to know you pretty well,” Skladd says. “When they see an animal that’s in a situation that they believe may need some assistance, they call us.”

Skladd, an animal owner herself, says the ACN visits more than 5,000 backyards each year, gets calls from everyone from the phone company to postal workers, and constantly has groups of rescuers out in the field.

“When the weather is bitter cold, or when we’re hitting the triple digits in heat, those animals are still stuck out there,” Skladd says.

Skladd got involved after hearing a public service announcement on a local radio station calling for volunteers at an area animal shelter. Assuming she’d help out at the shelter about once a month, Skladd called immediately. But after her first time at the shelter, she was hooked.

Though the next 16 years provided Skladd with a first-rate education in animal caretaking, she faced a challenge this year for which there is almost no preparation.

After Hurricane Katrina struck, Skladd and four teams of volunteers performed street rescue with the U.S. military in Louisiana.

“Let’s face it, a lot of those people would have left a lot earlier if there was something done for the pets,” Skladd says. “And many people we met were watching 15, 20, 30 animals from their neighbors because they chose absolutely not to leave without their animals.”

In southern Louisiana in 103-degree heat, with no sleep and no food, just water, Skladd and the rescuers spent four weekends trying to save as many of the animals as they could. The animals, she says, were domesticated, but civilization had washed away in the floods.

“Going down there and being on the streets that you know is still America, but it doesn’t look like America, and all the people are gone, but all the animals are still there—that was almost surreal,” Skladd says.

During that month, Skladd was contacted by U.S. Marshals, the Department of Homeland Security, and other governmental and law enforcement agencies pleading for her help. Thousands of animals— dead and alive—littered the expressway into Louisiana, and the teams ventured through the state to areas Skladd says only the U.S. military had been.

The decision to go to the affected areas was made, Skladd says, while watching the television news and seeing the animals try to swim through the flood waters.

“When that is your passion, it just stresses you out,” she says. Because the ACN is not a political organization, Skladd says, there was no red tape to cut through to get clearance for the missions.

Skladd made one phone call, and within 48 hours had 20 tons of supplies and a team of 11 volunteers in a convoy of five vehicles ready to head south. When all was said and done, the ACN volunteers had rescued 247 animals. Those animals are now being nursed back to health and prepared for adoption. Skladd says the regular, everyday work of the organization can be heartbreaking as well but is made that way by neglectful owners.

“The heartbreak, for us, is when an owner has not done right by their animal to the point that euthanasia is the only option,” Skladd says. “That is totally heartbreaking. On a positive note, when you find an animal that’s not doing well, and you know you can fix the situation, when you finally find this animal a new home, and you know this will never happen again—there’s the reward.”

Skladd says her message to the pet-owning world would be to have their animals spayed and neutered. She says shelters all over the country are putting animals to sleep because there is just no room for them.

But Skladd is grateful for all the work the 16-year run has enabled her to do, and says the ACN is getting ready to move from its temporary office to “new and bigger things for us on the horizon.”

She attributes the success of the ACN to all its members, and the singular mind-set with which they pursue the same, benevolent objective.

“One of the reasons we have always stayed on course is we always have the same goal: to alleviate suffering and torture, even if it’s just one animal. When we do something like this, if everybody has the same goal, it works.” Skladd spends every spare moment with her husband, son, and of course her four pets. By Seth Mandel

Trooper’s story: After the hurricane hit in late August, many of the local animal rescue volunteers in Louisiana, Alabama, and Mississippi hit the streets immediately to do street rescue. Thankfully for thousands of animals, they chose not to wait.

Trooper was actually found running the streets nearly dead. He had survived the hurricane but had no spirit or energy and had virtually given up. He was immediately taken to a shelter in Alabama. When the folks from the shelter found out we were coming down from Detroit, they contacted us for assistance in taking back animals they had rescued, as they were overflowing with owner surrendered animals and the street-rescued animals.

Their president had specifically talked to me about Trooper with regard to his many special needs. I had actually been looking for an older special-needs animal, as I had lost my Lab Brandy at 20 years old almost a year earlier. Most animal rescue volunteers know what new animals will work for their household, and for me, it was Trooper!
— Marie Skladd Business Development Manager, WRIF, Detroit 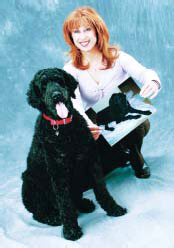