It took TWO YEARS to get this address completed, TWO YEARS!

The ACN initially received a call from a couple that had too many cats. We had offered to take as many as needed and get the rest fixed. We are talking dozens of cats and kittens. We could not get an honest answer about how many, but not one of them was spayed or neutered.

This was a extremely difficult address because the man of the household already knows everything about everything and really didn’t want to hear what we had to say. His wife actually had the nerve to tell us what an animal lover her husband was and that he would like to volunteer, OMG! When responding that we couldn’t take volunteers that were intentionally breeding cats, she looked us right in the eye and stated “We are NOT breeding”

We started out by taking multiple litters of kittens, many which were sick and we treated for upper respiratory, worms, fleas, etc. We got a few of the adult cats fixed for FREE and provided transportation on top of that.

They would not cooperate by getting all of the cats fixed, after a dozen attempts, phone calls, not answering the door, wasting spay neuter appointments and disagreements we had to give up, it was impossible to deal with them.

Well a year later, guess what? Yes, another phone call to pick up kittens. WE ARE NOT going to continue to take sick kittens from you UNLESS we get EVERY SINGLE MALE AND FEMALE CAT in the household done. They did not like this idea either and told US that they would only be getting the ONE male cat done. It this for real? The ACN is funding this effort and providing transportation and they are telling us what they are doing to do. WE DON’T THINK SO!

Our volunteer Sue stood firm and after more and more debate, frustration and a HUGE headache, we finally picked up seven kittens (which were not kittens anymore) and had one male and TWELVE female cats (many of which were pregnant AGAIN) neutered and spayed. This prevented probably at least 70 more kittens from being born sick into an unhealthy environment!!!!

We are so happy and relieved to report that EVERY SINGLE CAT, KITTEN, MALE, FEMALE are now spayed and neutered. FINALLY!!

A big round of applause for Sue and her patience. She gets the gold medal for this one!!!!! We hope and pray that our work is done here! 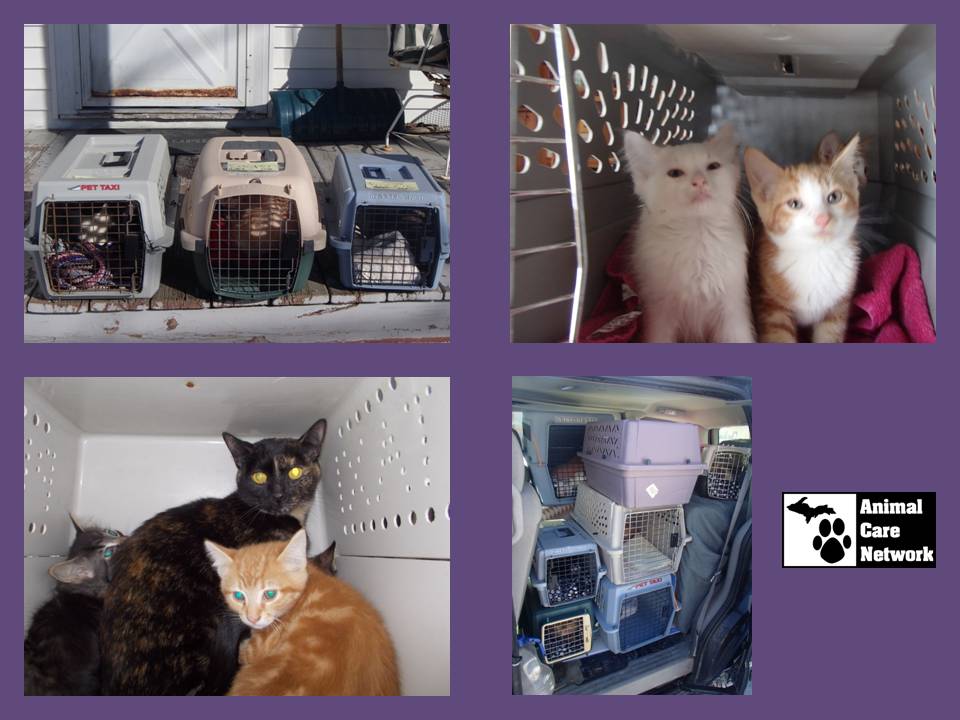