The Animal Care Network had received a call from a neighbor very concerned about two skinny puppies being kept outside tangled in the bushes and crawling underneath a car for shelter and shade. These poor little mixed puppies were underneath the car during a thunderstorm.

The owners were not interested in giving these puppies up, nor were they interested and could not afford to take them in for vaccines and worming. They were very thin and very susceptible to getting the parvovirus which is running rampant and killing dogs and puppies in this neighborhood.

Our Sue did not give up, after checking on them multiple times, the owners agreed to give them up. Thankfully we were able to check them in to the Michigan Animal Rescue League adoption program. MARL nursed them back to health and they are looking might fine now, big and chunky, vaccinated and fixed! Today we saw them having a blast in the MARL exercise yard playing with the staff and volunteers and checking out the big puppy pool. These two mixed breed puppies Jerry and Lewis are now getting the socialization and love that they deserve at MARL until they get adopted!

Thanks to Sue and MARL for once again coming to the rescue! 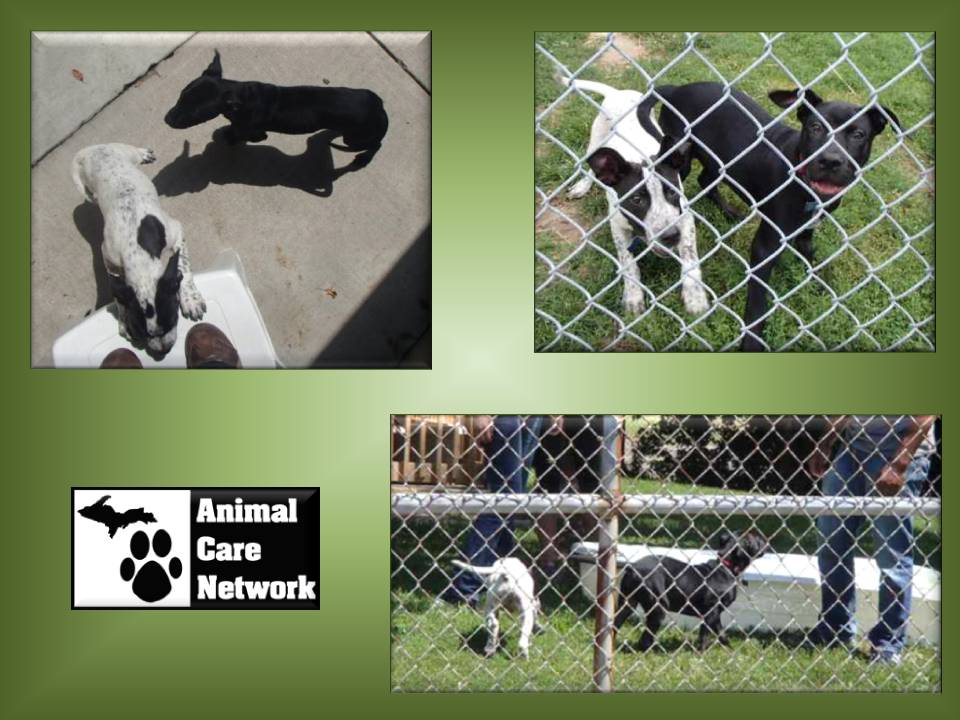