Here are three more pit bulls that were rescued by the Animal Care Network this week.

Big Blue owners could no longer keep him because they said they weren’t home enough, even though they had him for 3 years ???

Nemo’s owners could no longer keep him because they said they were moving, even though we heard two more dogs barking from the basement when we were picking up Nemo ???

Queens owners could not keep her any longer because she has mange and they could not afford to treat it and she was miserable, itching scratching and bleeding.

None of these dogs were spayed and neutered either and had never received any vaccines or veterinary care. 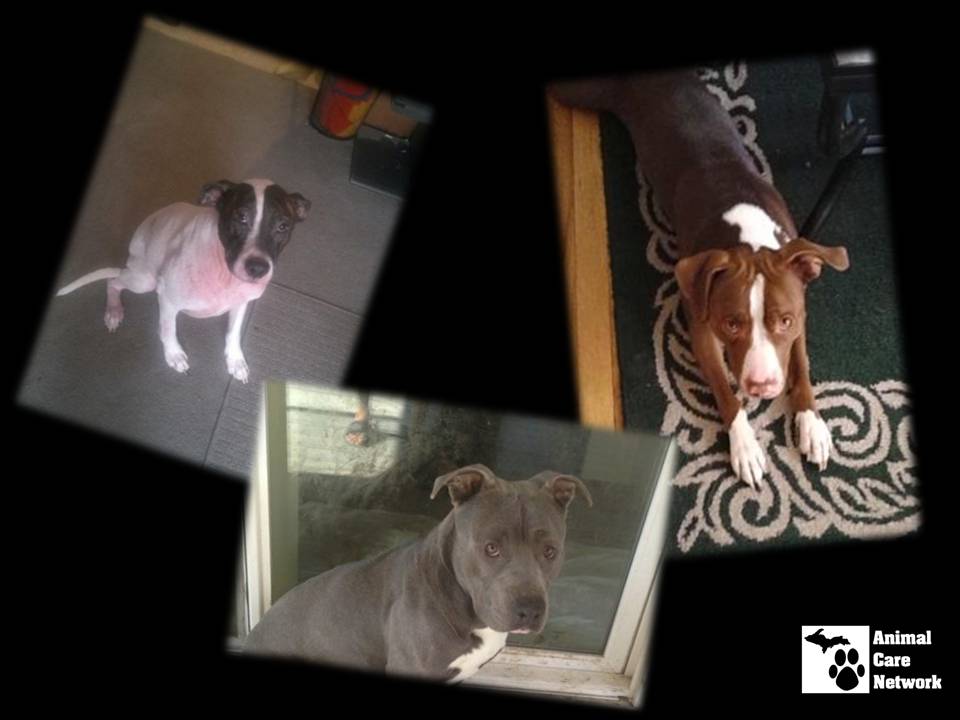