The Animal Care Network was tipped off to some very sick puppies that were left in a vandalized, destroyed, graffiti, garbage filled abandoned house.

We responded immediately, the door were kicked in a wide open, and the house had the distinct smell of the parvovirus which is killing many dogs and puppies in this particular neighborhood.

The puppies were found amongst all the garbage and were extremely sick, malnourished and dehydrated, barely able to walk. They were vomiting and having bloody diarrhea.
It is hard to see in the photo, but the little pads of their feet were sore and infected from urine burn and lying in their own feces.

One of them barely had the strength to wag his little tail when he saw us, but we wrapped them in towels and carried them to the rescue van.

They had no appetite but drank water like they hadn’t had it in months. We do not know how long these puppies were in this house, but is was for awhile.

Upon veterinary examination and recommendation, due to their grave condition, sadly we had to have the puppies humanely euthanized as they were held by loving hands and hearts.

We are thankful to the person that called in the tip, even though they had to be put to sleep, at least they did not die alone in this horrible place. They could have lingered for days in this condition and suffered a much worse death. 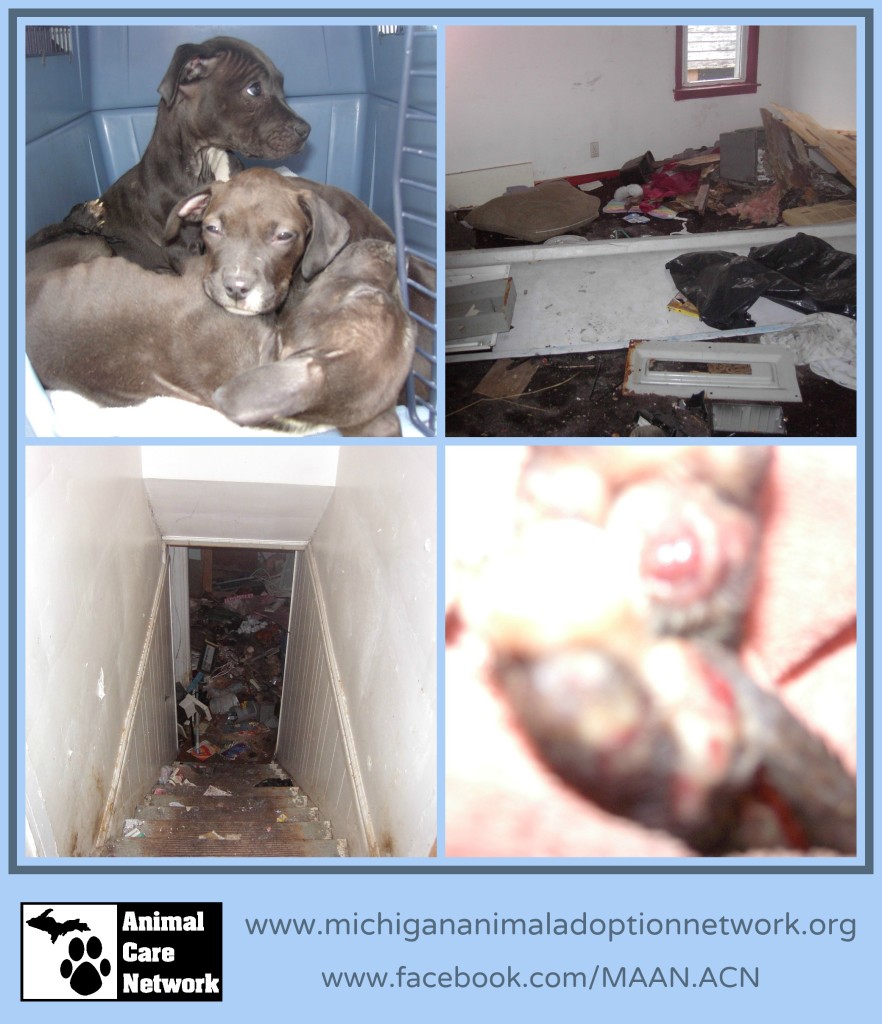